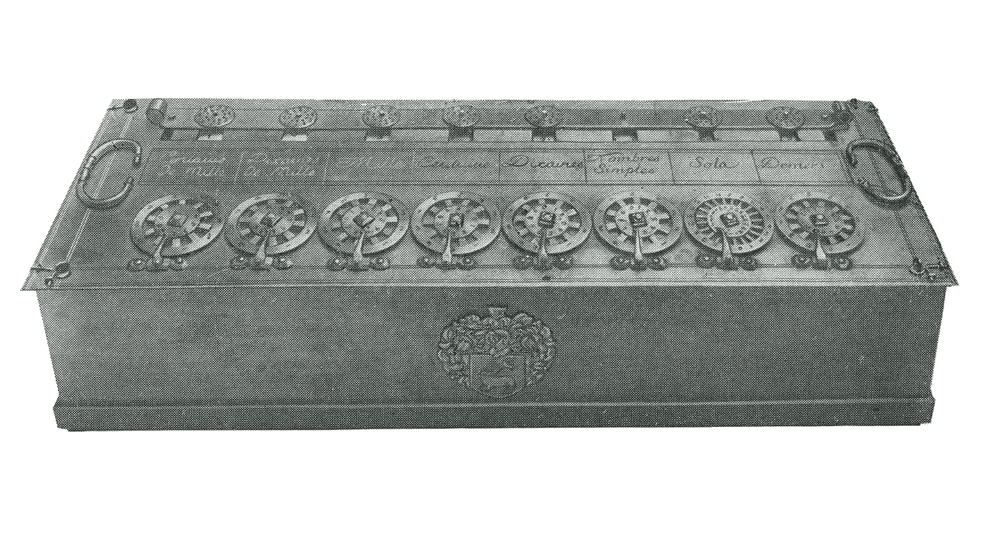 What is a Pascaline?

The Pascaline is a mechanical calculator invented by Blaise Pascal and considered the first calculating machine. It was in 1642, at the age of nineteen, that he conceived the idea, wanting to relieve the task of his father who had just been appointed superintendent of Upper Normandy by Cardinal de Richelieu and who had to put in order the tax revenues of this province; it allowed to add and subtract two numbers in a direct way and to make multiplications and divisions by repetitions.

» What is a Pascaline?