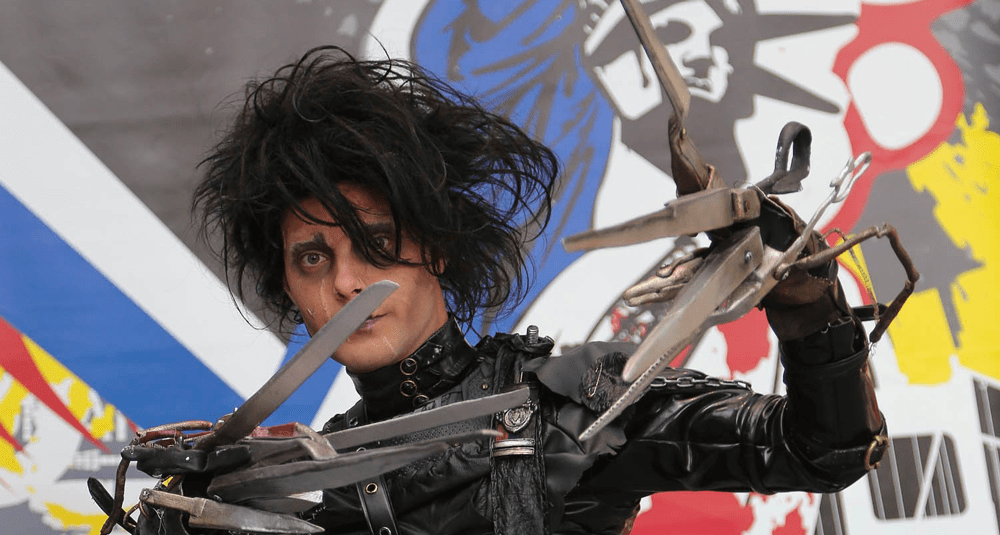 Edward Scissorhands is an American film directed by Tim Burton, released in 1990. It mixes several film genres, fantasy, romantic drama and comedy, and tells the story of a young man, Edward, created by an inventor but left unfinished and who has scissors instead of hands.