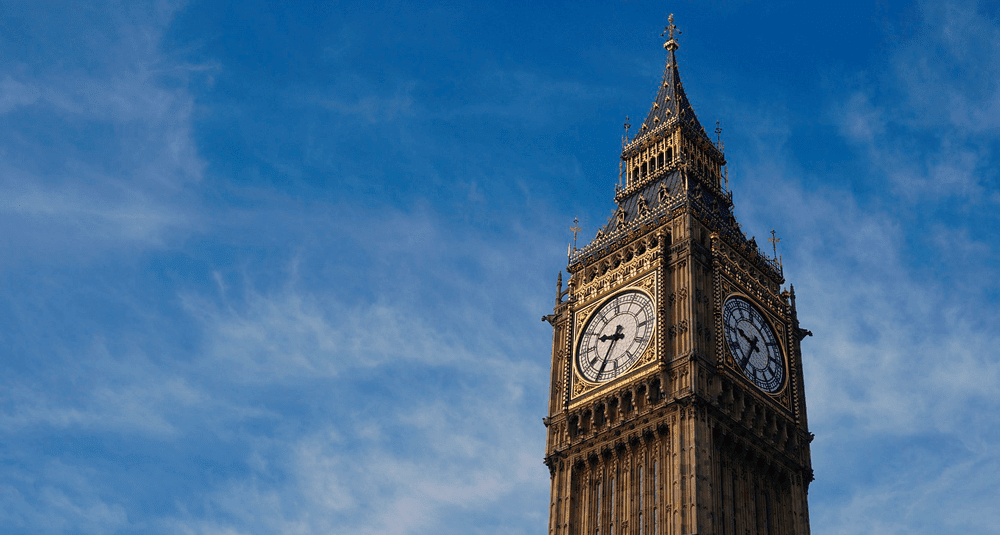 Big Ben is the nickname for the large 13.5-ton bell at the top of the Elizabeth Tower, the clock tower of the Palace of Westminster, which is the seat of the British Parliament in London. It is a symbol of the city of London. The building faces the Thames, between Westminster Bridge and Westminster Abbey.