Who painted Lunch on the Grass in 1863? - Alea-Quiz
Skip to content 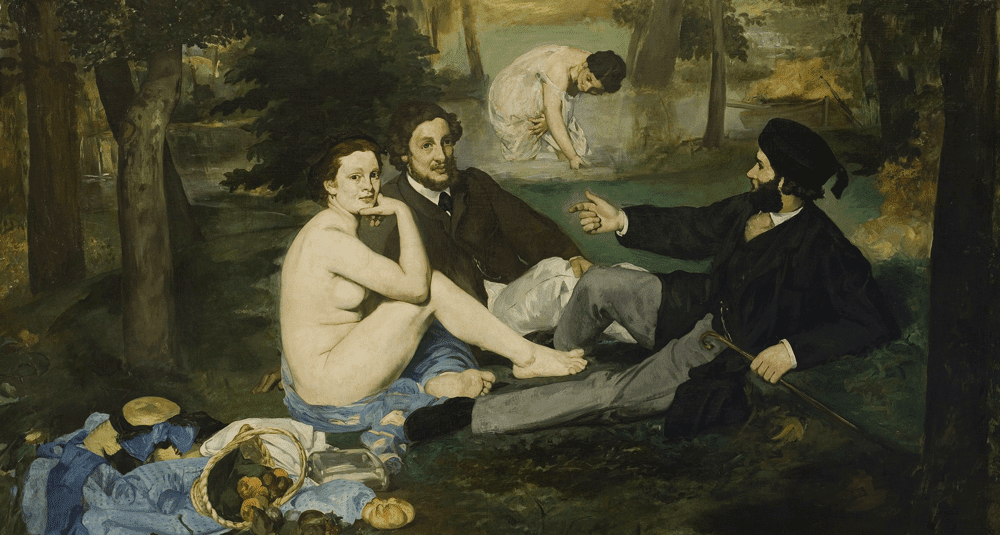 Lunch on the Grass is a painting by Édouard Manet completed in 1863, first entitled Le Bain, then La Partie carrée. It was exhibited briefly for the first time at the Salon des Refusés on May 15, 1863, and was later unhooked. The following year, it was exhibited again, not without a scandal on the fringes of the Salon, and became part of the public heritage in 1906 thanks to a donation from the collector Étienne Moreau-Nélaton.